Conductor: Miltos Logiadis
Camerata – The Orchestra of Friends of Music

Short note about the film
This unique tribal dance animation by New Zealand-born film pioneer Len Lye was influenced by Australian aboriginal art and uses more than 4,400 drawings. The first of Lye’s films to be made during his time spent in the UK. Tusalava was unusual at the time of its premiere, and the combination of non-narrative and abstract elements remains a powerful cinematic experiment.
With the screen split asymmetrically, one part in positive, the other negative, the film documents the evolution of simple celled organic forms into chains of cells then more complex images from tribal cultures and contemporary modernist concepts. The images react, interpenetrate, perhaps attack, absorb and separate, until a final symbiosis (or redemption?) is achieved.
Lye was the pioneer of many film-making techniques, including ‘direct animation’, the process of drawing and scratching designs directly onto film. He made his first animated film in 1929 and continued experimenting with new film-making techniques to the end of his life in 1980.
(text from a Tate modern programme) 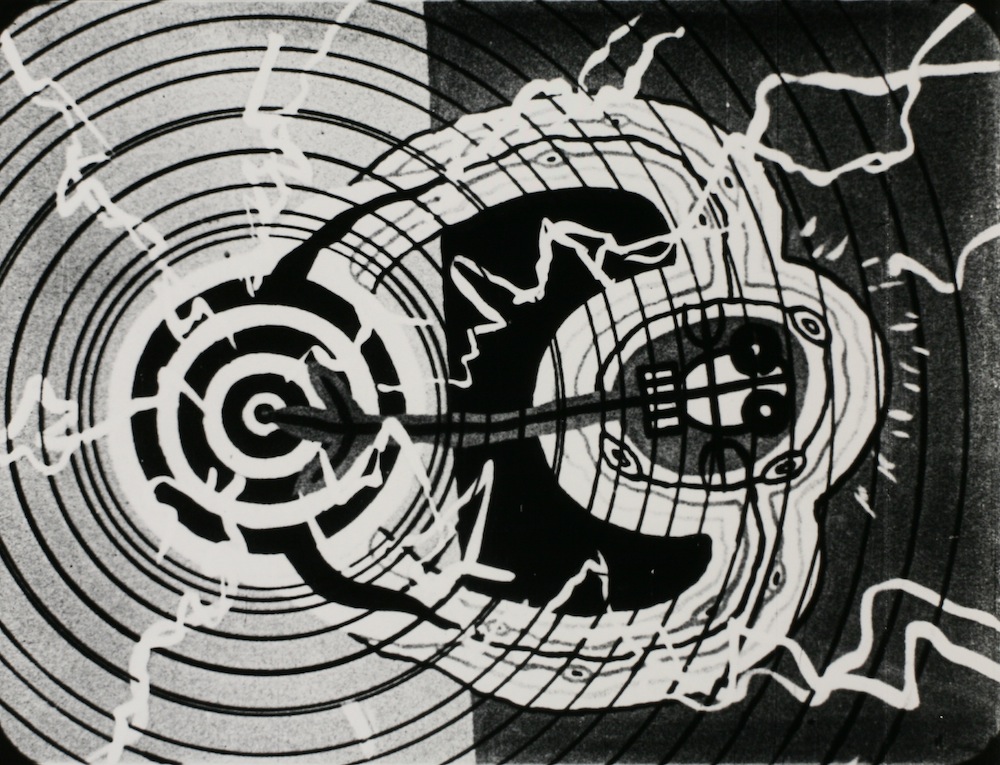 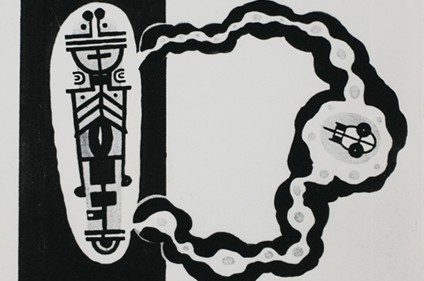